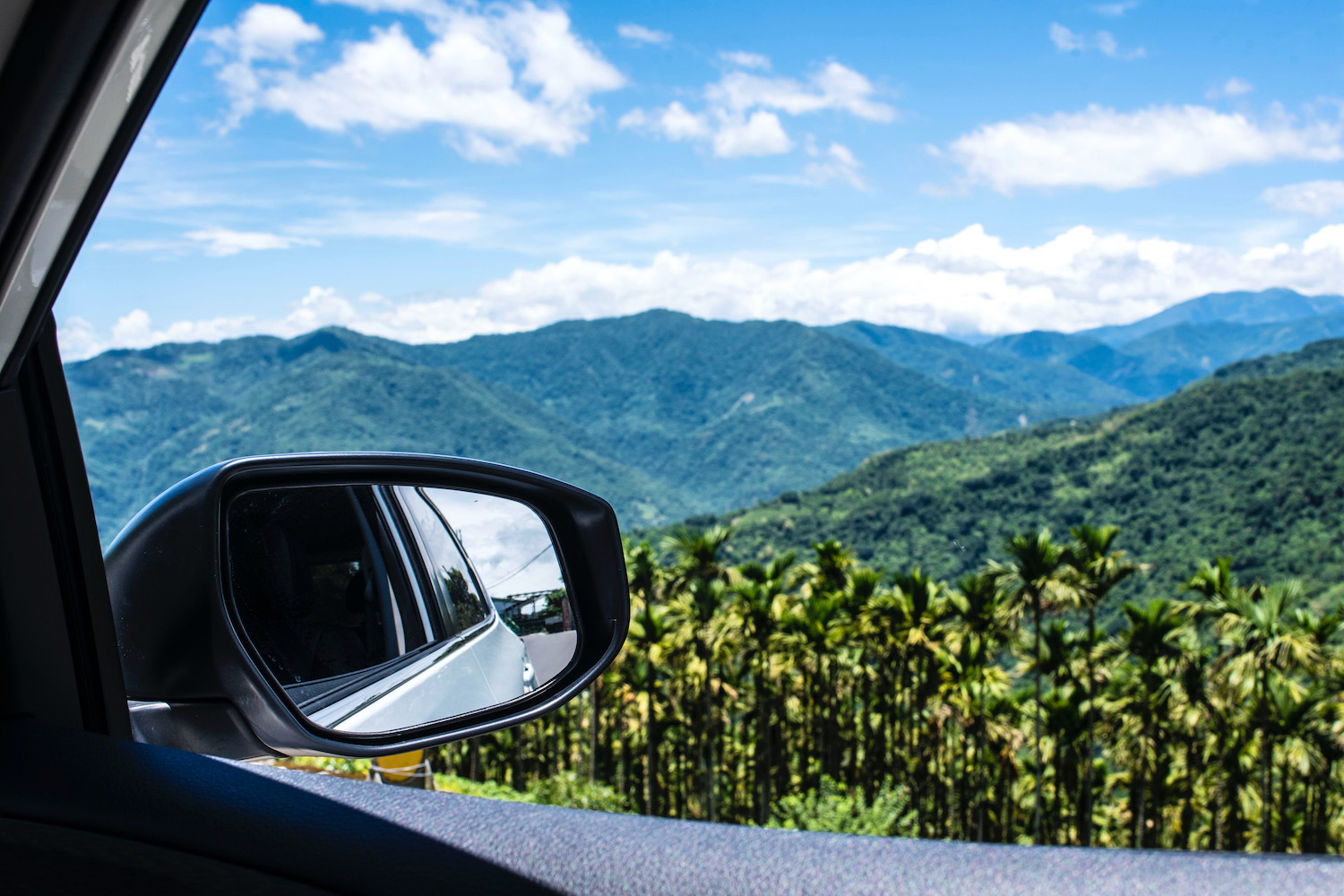 Renting a car in Taiwan isn’t for everyone—it isn’t even necessary in many cases.

With this being said, having your own set of wheels can make traveling in Taiwan easier, especially in rural destinations. Would you rather get up and go on your schedule, or surrender the freedom of your day to complicated bus and train schedules?

Over the next few paragraphs, I’ll explain how to decide between rental cars and public transportation in Taiwan, and do my best to clarify more broadly what your strategy for getting around the island should be. There’s a lot of information to get to, however, so let’s not delay any longer!

Do You Really Need to Rent a Car in Taiwan?

Obviously, if you’ve arrived on this page, then you’re probably at least somewhat convinced that renting a car in Taiwan will be necessary. This is not necessarily the case, however. Certainly, if you plan to concentrate your travel on Taiwan’s west coast (and more specifically, along the high-speed rail corridor that connects Taipei, Taichung, Tainan and Kaohsiung), you almost certainly won’t need to drive.

On the other hand, high-speed trains in Taiwan don’t run down the east coast of Taiwan, where ordinary trains and ground transport outside of major cities is also pretty lacking. In general, road tripping down Taiwan’s east coast (namely, between Hualien and Kenting National Park) is the situation that necessitates most foreigners renting a car, to say nothing of Taiwan’s outlying islands.

Assuming you don’t have a Taiwan drivers license (and why would you?), you need a document above and beyond your home country’s license in order to drive in Taiwan. More colloquially known as the IDP, an International Driving Permit is a somewhat ridiculous looking document, which primarily exists as a translation of your main license into other languages, including Chinese.

The rules are complex and confusing

Another somewhat confusing aspect of renting a car in Taiwan, at least as a foreigner, is that you need to prove your date of entry to the country. For most travelers this isn’t an issue. But if, like me, you’ve signed up for the Taiwan e-Gate, you won’t have any stamps in your passport; it can therefore be difficult for the rental car agent to ascertain your immigration status.

And they change after 30 days

I’m not sure if this is a quirk of certain Taiwan rental car companies, but it befell me the last time I rented a car (in Taitung). The agent (who did not speak English, in spite of his office displaying an English Language Excellence award) insisted that since I had been in Taiwan longer than 30 days, I wasn’t able to rent a car unless I “extended” my IDP with some office. He ended up letting up, but it seems there actually is a rule, however seldom enforced.

Renting a car in Taiwan can be convenient and even ideal in some circumstances, but it is quite expensive. Generally speaking, you should expect to pay around NT$3,000 for a day’s rental, not including gas or tolls (which are somewhat common, but generally not expensive). The good news is that this somewhat high rental fee includes insurance, although it only covers incidents that involve other vehicles, which strikes me as strange.

Taiwan is much bigger than it looks

If you take the time to map out your Taiwan road trip, you will quickly realize driving distances are longer than you expect. Simply driving from Hualien to Kenting can take you from before sunrise to after sunset, assuming you stop along the way at destinations such as the Bridge of the Three Immortals and Taimali Beach. Keep this in mind not only as you drive each day, but when you decide how many days you need the car.

Alternatives to Renting a Car in Taiwan

Trains in Taiwan, both the high-speed ones that run between large cities on the country’s west coast, as well as slower services to Hualien and Taitung, are very convenient. Likewise, Taiwan has extensive urban, suburban and rural bus networks, which are convenient from a schedule perspective, and certainly from a logistical one: The EasyCard you buy for the Taipei MRT lives up to its name due to universal acceptance around the country.

Another alternative to renting a car in Taiwan is renting a motorbike, presuming you feel comfortable riding one (I don’t personally). Beyond this, major Taiwanese cities offer share bikes you can easily rent with your EasyCard; absent this, hotels and guest houses throughout the country allow you to borrow street and mountain bikes, often for free or only for a minimal fee.

Assuming you do end up renting a car (again, this is basically only useful for driving Taiwan’s east coast, and potentially for traveling around some of the country’s outlying islands), your next task is to organize your Taiwan road trip itinerary. In one way, this is relatively straightforward; on the other hand, it requires commitment of a certain amount of time, which you might not have.

Why leave your road trip along the east coast of Taiwan to chance? Instead, hire me as your personal Taiwan trip planner!

Other FAQ About Renting a Car in Taiwan

Is it expensive to rent a car in Taiwan?

While renting a car in Taiwan sometimes seemed expensive before covid-19, the high rental car prices you find in the US and Europe these days make Taiwan seem pretty normal. With taxes, fees and insurance, you can generally expect to spend around 3,000 TWD/$100 USD per day to rent a car in Taiwan, as of 2023.

What do you need to rent a car in Taiwan?

Renting a car in Taiwan requires an international driving permit, assuming you’ve been in the country less than 30 days. If you’ve been in Taiwan longer than 30 days, however, you will need to visit a local drivers license office and get a local license (which is easy, but is just kind of a hassle).

Is it difficult to drive in Taiwan?

Driving in Taiwan isn’t difficult, although you do need to pay attention. Taiwanese roads can be winding and unpredictable, and many local people drive extremely fast. In spite of being a rich, developed country, Taiwan’s traffic accident statistics are more typical of Southeast Asia than of Northeast Asia.

The good news? Renting a car in Taiwan might not make sense for your itinerary, which will save you a lot of money and maybe some annoyance and well. The better news? Even if it does end up being better for you to have your own set of wheels for all or part of your trip to Taiwan, I’ve dug into the details that will make this as easy as possible for you. In many cases, renting a car requires only a few days out of a week or two weeks in Taiwan—you don’t need one the entire time, if at all. In any case, I hope you’re getting excited about your trip!