I was in a dark place when I traveled from Taipei to Taitung Friday morning. Months of being trapped in Taiwan, as much as I love this country, have pushed me to the brink of depression.

As my not-so-fast train not-quite-sped down the island’s east coast, the clouds that had blanketed the capital the previous two weeks peeled back, revealing rice fields that fluoresced chartreuse, except in the places where emerald mountains cast their shadows. Departing a state of mind isn’t always as simple as departing a location, but it usually pushes things in the right direction.

Taitung itself was mostly cloudy by the time I got there. Some patches of blue were peaking through above the train station, but it was all grey by the time I reached my hotel.

Back from the Dead

I had driven Taiwan’s east coast before, but I’d never slept or even stopped in Taitung. Nothing about the cityscape stood out to me as I headed toward the rice noodle shop the receptionist had recommended. Well, nothing apart from an inordinate number of orchids. 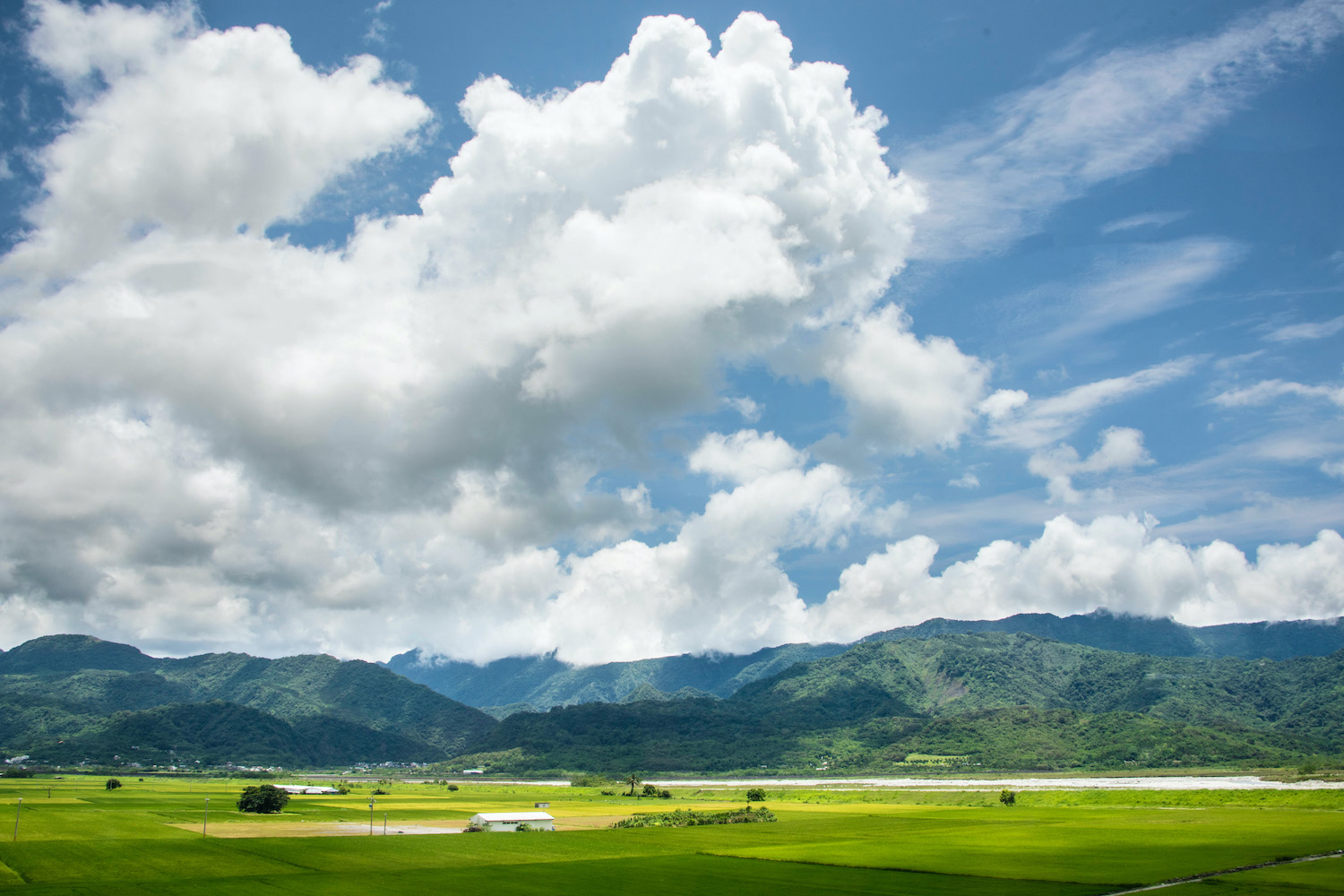 The soup reminded me slightly of Sukhothai noodles; the rough-and-tumble shop itself might just as well have been in north-central Thailand rather than southeastern Taiwan. After I finished eating I grazed past the other restaurant the receptionist had recommended—a fried chicken place—and found both its smell and seeming cleanliness troubling.

After a short post-lunch respite, during which I lazed off my Taipei to Taitung hangover under a blast of 21°C air conditioning, I made the trek to Liyushan. Plastic carp carvings lined the path, and I passed a pair of forgettable pagodas on the way up to the viewpoint, but what really struck me was a voice (I couldn’t manage to locate the singer) blaring out of karaoke speakers—imagine Karen Carpenter, back from the dead and singing in Chinese. 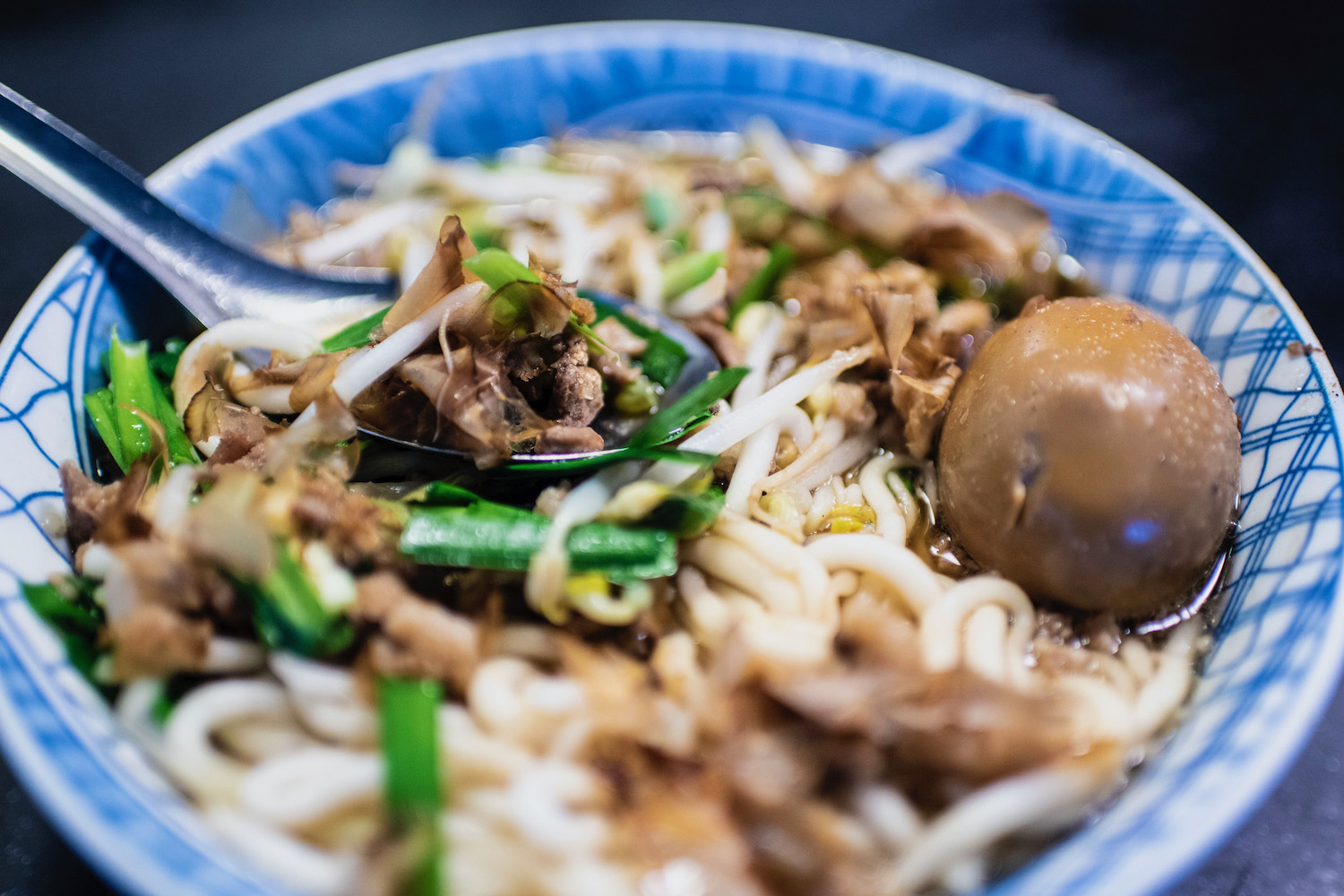 The view of the city was sweeping but not iconic; I concentrated less on my own ascent up dozens of steps and more on not crushing the hundreds of snails covering them. By the time I descended the hill, having avoided mollusk murder by nonetheless mashing fallen rose apples under my flip-flops, the cooing of Chinese Karen Carpenter had ceded the stage to a symphony of cicadas and birds.

Walking around secondary Taiwanese cities in the morning makes me feel like something between an intruder and an invader . This was certainly the case on my way to Tianhou Temple, where I watched Saturday’s first light (the sky was fully blue by this point) dance on phoenixes and wise men.

Of course, I hadn’t traveled from Taipei to Taitung because of urban appeal. So eager was I to get out of town, in fact, that I showed up at the Avis outlet where I had a reservation literally the moment it opened—the attendant was not so chipper.

Even worse, when he did arrive, he attempted to deny me my rental. Having somehow come under the impression that I’d overstayed my visa, the polite but pea-brained agent apparently fancied himself an immigration officer! Cute. 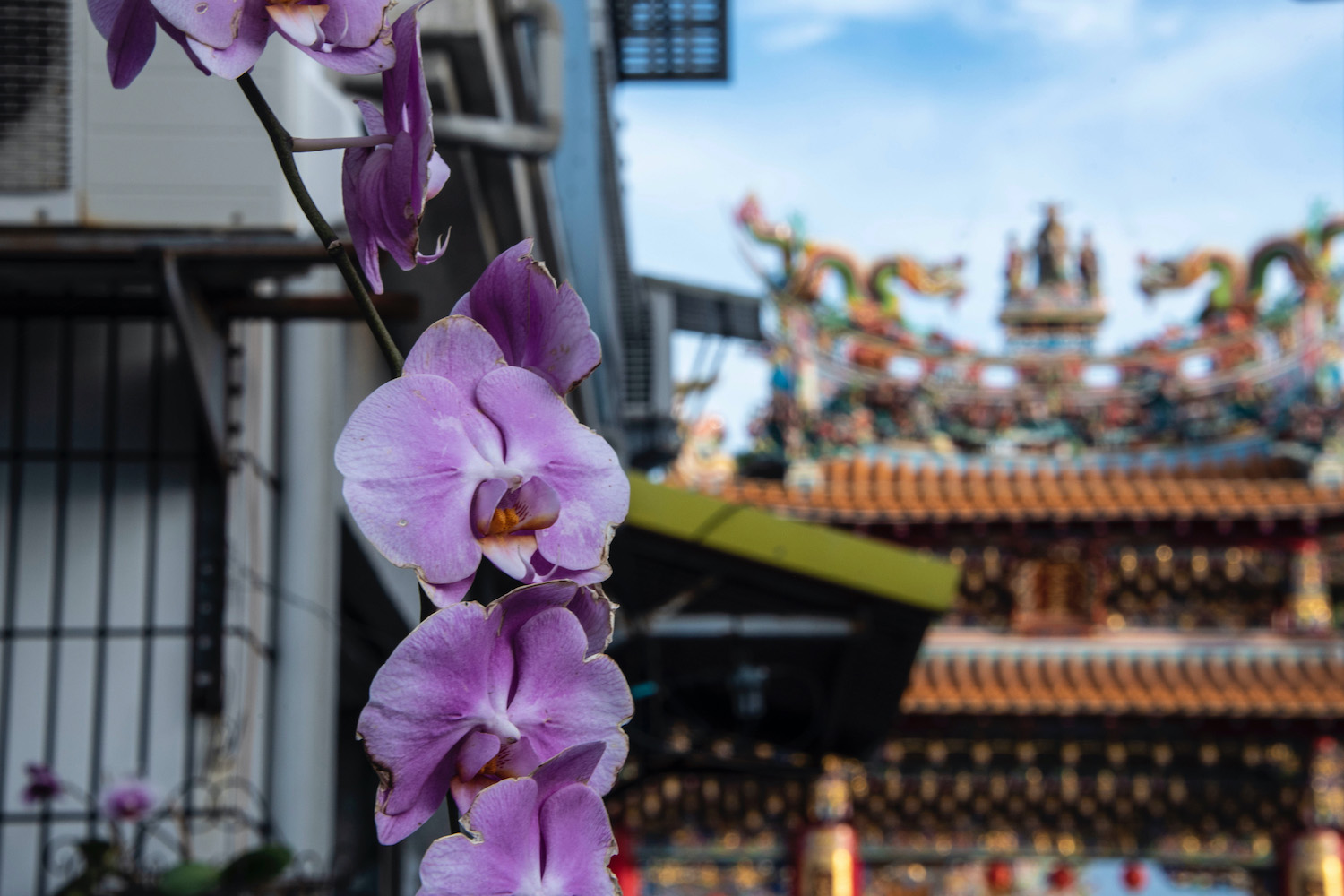 I’m always on edge these days; it took every bit of patience I had not to go off on the fool. It wasn’t until I arrived at my first destination the day—the destination that had previously served as the alpha and omega of Taitung County, as far as I was concerned—that I stopped biting my tongue.

During my previous foray from Taipei to Taitung, to be sure, Taimali Beach (or at least the view of the beach from this particular parking lot) had been the highlight, visually-speaking; I’d almost go so far as to say it was the most beautiful place I’d seen in Taiwan to that point.

But as I made my way up and back down Jinchen Mountain, whose famous daylilies had burnt out and left dimpled hydrangea pillows in their wake, the technicolor waters of the Pacific at this latitude quickly became quotidian. My most striking memory of the excursion was lunch: Leaves (from hydrangea bushes, I guessed) fried tempura style, and soup made from the last of the season’s fallen fire flowers.

It was an unfortunate relapse into jadedness, but a prescient one. The route to Lisong Hot Spring, which I was visiting entirely on the recommendation of a friend who had never been, took me through a valley that was scenic but not picturesque. 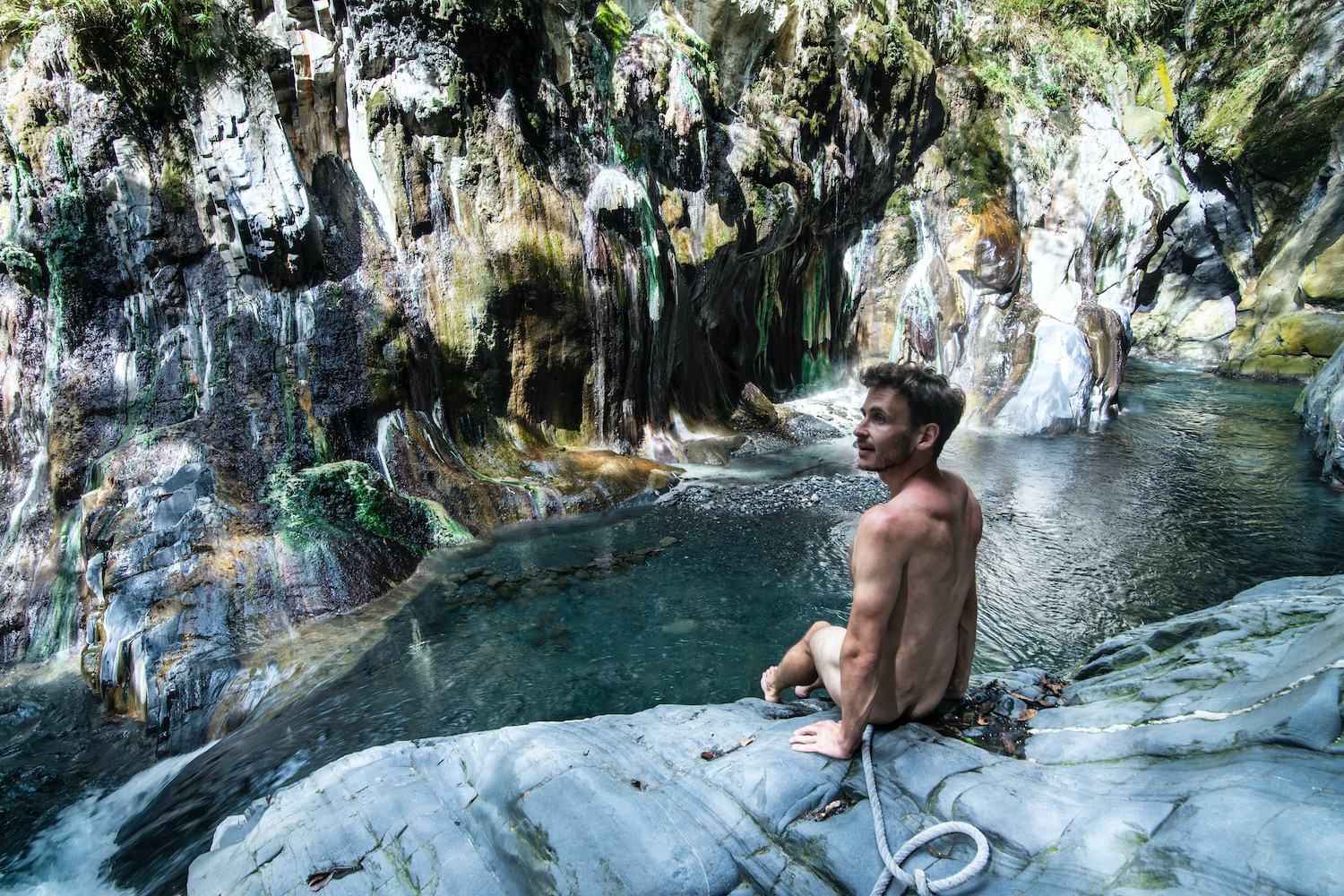 It was the sort of setting you might see in the opening scenes of a horror movie, although there was no one waiting (so far as I could tell) to murder me. ROAD TO TAINAN CLOSED, warned the bright orange sign above the fork in the road Google Maps advised me to take, as if I would travel all the way from Taipei to Taitung and then back across the island.

The last kilometer-and-a-half of the road (it was a rocky, muddy path, really, and a seemingly vertical one at that) was the most primitive road I’ve ever driven in Taiwan; it took me to a place that was as deep in the Taiwanese wilderness as I’ve ever been. The singing of cicadas and birds was at least a thousand times stronger than the ones that had bid me farewell as Liyushan—I wondered if their   screaming wasn’t a warning that I should leave.

Certainly, I was unprepared for what awaited me, in two senses. First, the slippery and sheer three-kilometer trail that led the rest of the way down into the scenic but not picturesque valley; second, the fact that the hot spring itself (although I couldn’t quite reach it, on account of the river’s perilous and maybe-deadly current) was more surreal in its beauty than maybe any other place I’d seen in Taiwan—yes, more than Taimali.

The sight alone justified the journey I’d made from Taipei to Taitung—my proverbial invasion of Taitung—including the trek back up the mountainside, ropes (and the fact that I was wearing flip-flops) and all. I was on the right path—and at the right time, too: A thunderous rockslide crashed into the bottom of the rift just minutes after I pulled myself up out of it. Would I have perished had I stayed longer?