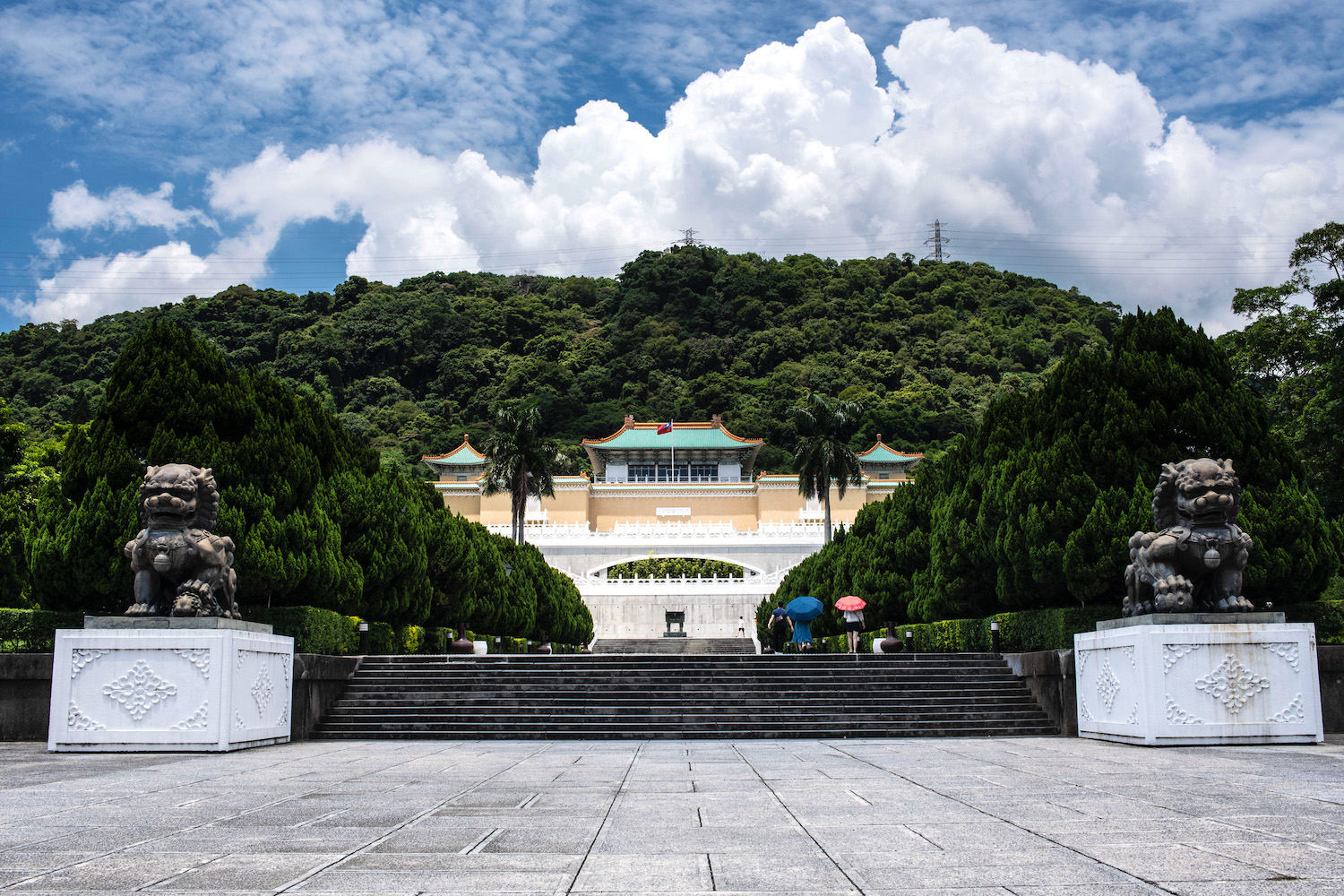 It might sound strange, but I didn’t visit the National Palace Museum until I’d been living in Taipei for over a year. This is in spite of it being one of Taiwan’s most famous attractions, not to mention the fact that I first visited Taiwan over four years before I finally moved there.

This is mostly to do with me—I’m simply not a museum person, at least not by choice. While many Taiwanese friends dragged me to other such establishments throughout the country, no one ever invited me to go to the National Palace Museum, strangely enough.

That I ended up visiting at all was the result of strange serendipity, the confluence of pandemic-forced stagnation with the maddening head of the Taiwanese summer. The good news? The museum amazed me, in spite of everything.

Why I (Finally) Visited the National Palace Museum

As the summer of 2020 dragged on, and international borders remained closed (even to travelers from “safe” Taiwan, such as myself), I knew I was eventually going to have to leave my island sanctuary. As a result—and because I didn’t and still don’t know when I’ll be able to return to Taiwan—I decided to tick the National Palace Museum off my bucket list.

There’s also the simple fact that it was summer. Although I travelers frequently outside of Taipei well into July, by the time August rolled around I was so fatigued from the unrelenting heat and sunshine that I couldn’t bear to be outside anymore. If I’m honest, even the walks from Shilin Station to the bus stop, and from the point where the bus dropped me off to the entrance of the museum were agonizing!

The building is iconic 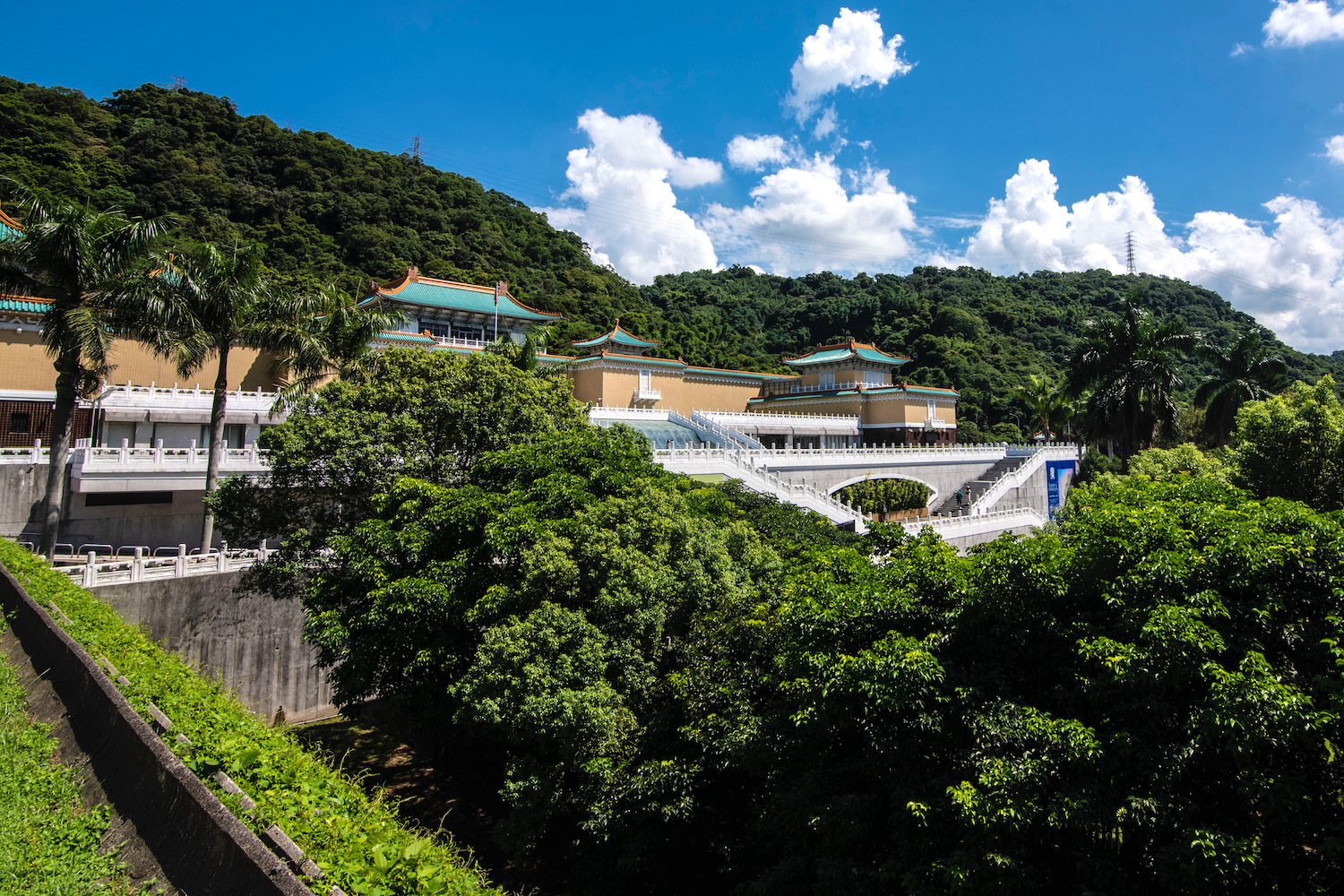 Whether you arrive to the museum via bus, taxi or even on foot, it’s difficult to overstate how imposing the structure is when you look upon it for the first time. Built in a traditional-ish Chinese style and set amid verdant mountains, it manages to feel far outside Taipei’s city limits, even though it is well within them.

(Even if it isn’t timeless) 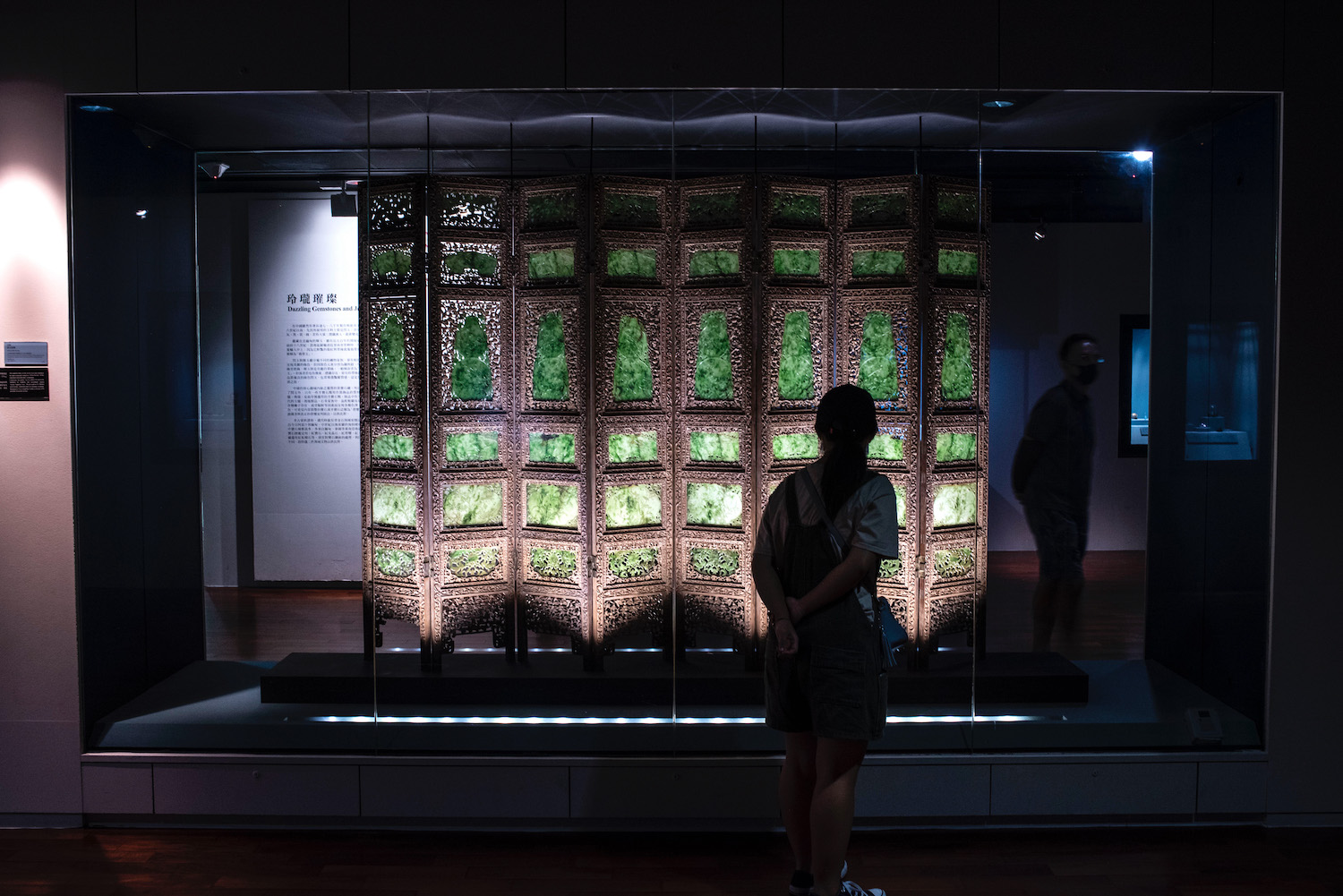 I say “Chinese-ish” because while the National Palace Museum has some Chinese accents, it’s also somewhat tacky, not unlike other famous Taipei attractions such as Chiang Kai-Shek Memorial Hall. Notably, the teal roof and yellow wall color will probably rub some purists the wrong way; I find both mood to be mood-setting.

The quantity and quality of art and artifacts is mind-blowing 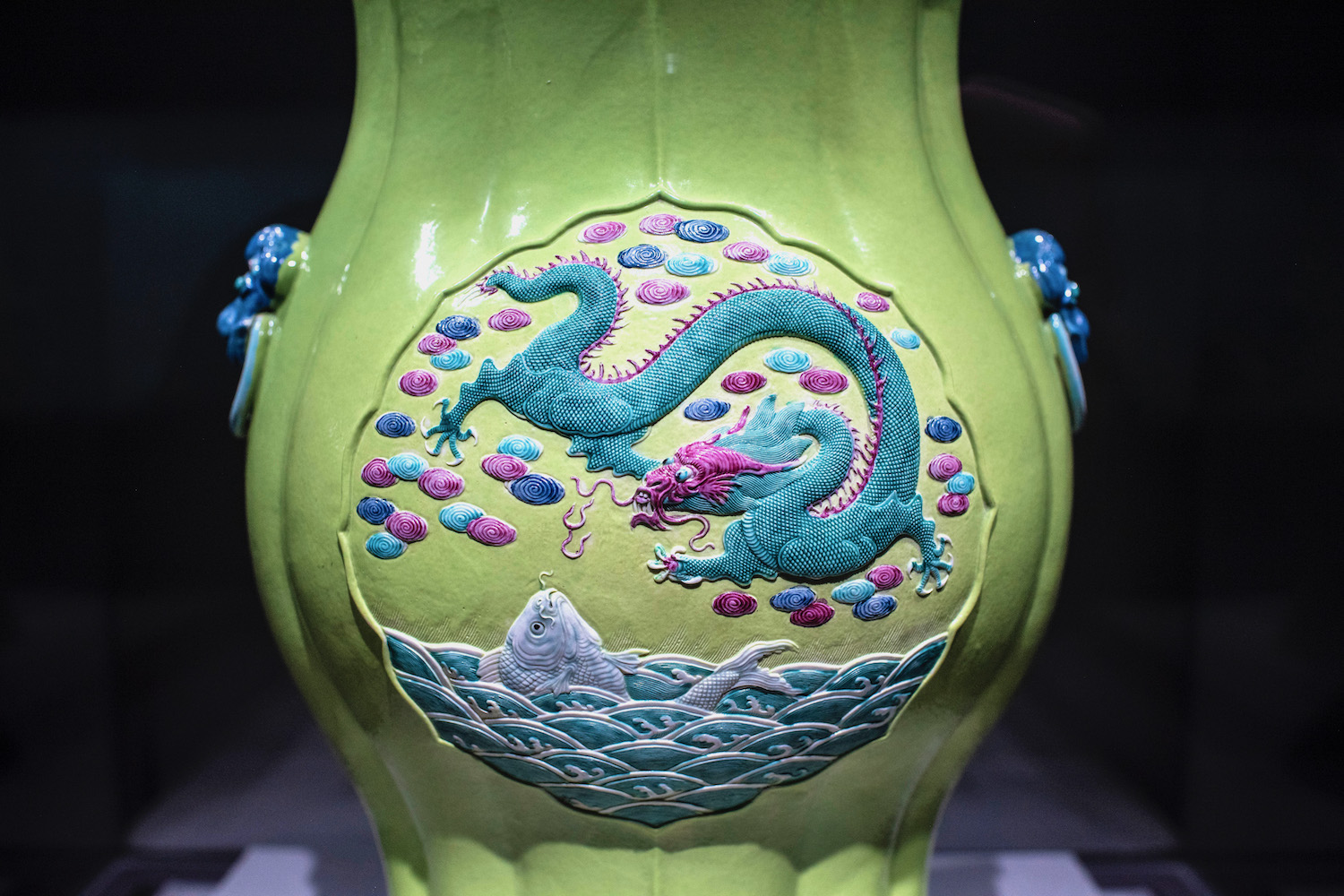 One of the reasons I tend not to be a museum person is because so few display art that counteracts the experience of discovering “found” art in real contexts outside their walls. The National Palace Museum, whose collection was rushed over from China when the Nationalists fled after the civil war, doesn’t have this problem.

You can make a day of it 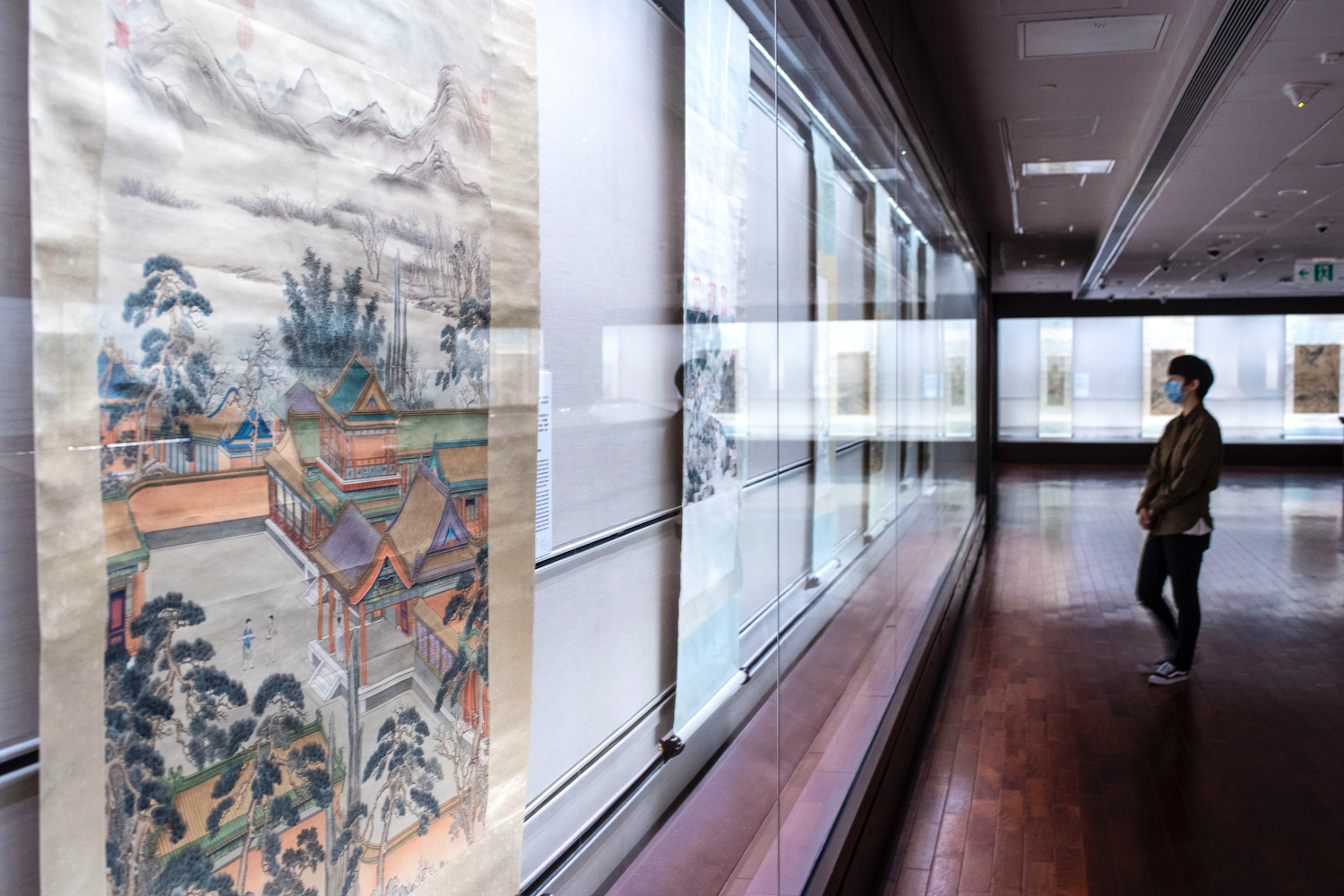 Although the National Palace Museum isn’t far or difficult to access from the city center of Taipei, it’s difficult to overstate the number of treasures housed within its massive square footage. Additionally, during most months of the year, it will be too hot (or rainy) outside to want to exit the comfort of the museum for the outside world. 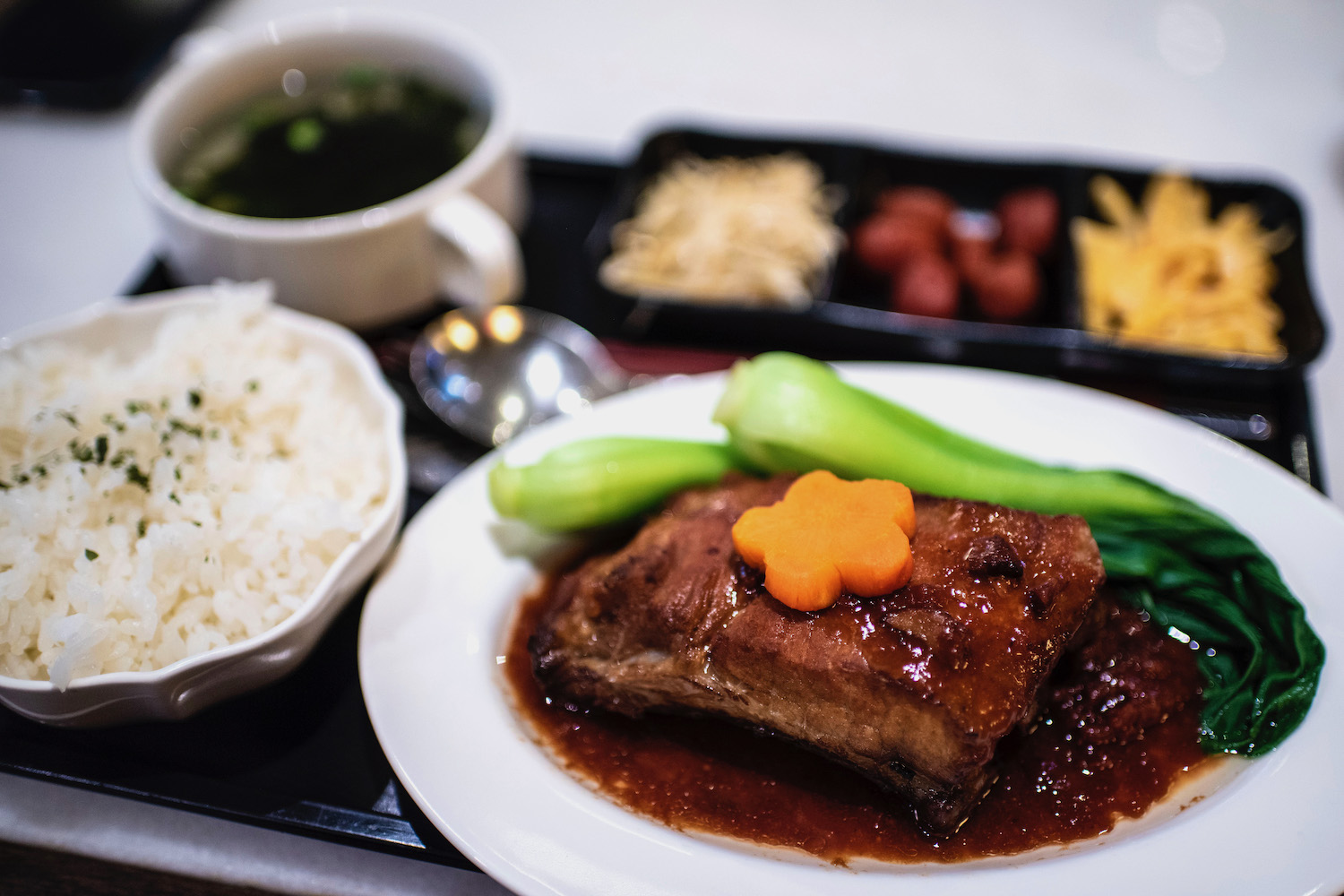 The National Palace Museum is home to many restaurants and cafes, from the upmarket Silks Palace to the more casual Fuchunju Cafe. Whether you break up a long morning visit with lunch, or finish your day with an early dinner, Taiwanese history pairs incredibly well with the island’s authentic cuisine.

Is the National Palace Museum Worth Visiting?

Take it from me, the ultimate museum skeptic: The National Palace Museum is absolutely worth visiting. There are so many reasons I feel this way, from the building itself, to what’s contained within it. I also love that there’s a restaurant and coffee shop (several, actually) on the museum grounds, which makes it easy to make a day out of a trip to the museum.

Another way to make your visit to the National Palace Museum even more fulfilling? Time it so that by the time you finish up, night is falling and Shilin Night Market is getting going for the night. Alternatively, you can go in the morning and, upon finishing, ride the Tamsui-Xinyi Line of the Taipei Metro north to Beitou, for an afternoon at the hot springs.

Other FAQ About the National Palace Museum

When is National Palace Museum open?

Do you need to book in advance to visit National Palace Museum?

You don’t need to book in advance to visit the National Palace Museum, although choosing to purchase tickets online and in advance may save you a short time in the queue upon arrival. (Or a long time, if you happen to arrive at the same time of a large Taiwanese or Chinese tour group!)

The best way to see the National Palace Museum is with plenty of time, and no agenda. Explore the myriad of treasures within it at a leisurely pace, with an open mind and as much or as little knowledge going in as you currently have. Also, don’t think your first visit has to be your only one! Seeing “everything” here in one day can be downright overwhelming!

If you’re on the fence about visiting the National Palace Museum, don’t be. I say this as someone who is not, generally speaking, a “museum person,” and who regrets delaying a visit to this particular one for as long as I did. Visiting the National Palace Museum is an especially good idea if it isn’t your first trip to Taipei, or if you plan to stick around a while. It’s an ideal place to while away a rainy afternoon, or just a hot one. Need more personalized advice about your next trip to Taiwan? Consider commissioning a custom Taiwan itinerary!