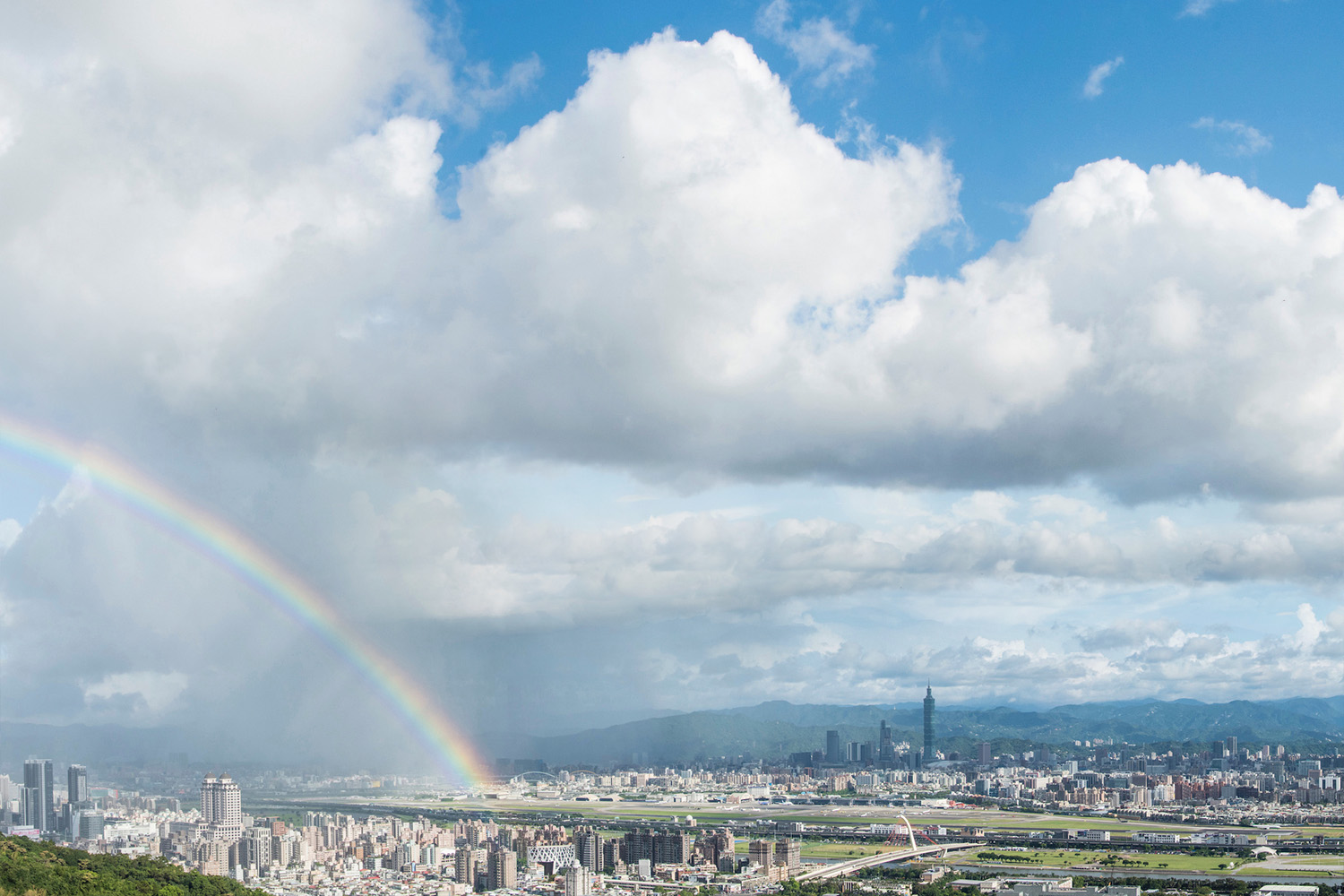 Although I don’t make a point of traveling to pride festivals around the world, I have to admit that my experience at Taipei Gay Pride in 2019 was one of my happiest memories ever. It came within weeks of a particularly painful breakup—the sense of solidarity there, during the parade and apart from it, was exactly what I needed.

Sadly, Taiwan Pride looks to be off-limits for at least another year, in spite of how badly the whole world now needs a bit of solidarity. (Although obviously, if you are already in Taiwan, you should be able to participate.)

Continue reading to learn more about Taiwan gay pride, as well as when you might next be able to attend, and why you should (if you aren’t already convinced).

Need help planning your post-Covid pride trip to Taiwan? Commission a custom Taiwan itinerary!
Contents
1  Will Taipei Pride Take Place in 2021?
2  Why Taiwan Pride is the Best in the World
2.1  Taipei’s gay scene
2.2  Comfort and convenience
2.3  Taiwan’s post-pride weather
2.4  Diversity of the pride crowd
2.5  Uniqueness in Asia
3  What About Taipei Gay Pride 2022?
4  Other FAQ About Taipei Gay Pride
4.1  Is the Ximen Red House a gay bar?
4.2  Is Taiwan gay friendly?
4.3  Can gay foreigners get married in Taiwan?
5  The Bottom Line

Will Taipei Pride Take Place in 2021?

The good news? Taipei Gay Pride will take place the weekend of October 30-31, 2021. As has happened in years past, the parade will begin in the early afternoon in front of Taipei City Hall and finish at Chiang Kai-Shek Memorial Hall sometime around sunset. Barring a serious deterioration in the Covid-19 situation in Taiwan, this is—things can always change.

The bad news? Foreigners not already resident in Taiwan will not be attending Taiwan Pride 2021. This is because Taiwan’s border is currently closed to foreigners; I don’t expect it to reopen this year. That’s unfortunate, because I think the gays Asia (who make up the overwhelming majority of Taipei Pride attendees in a given year) could really use a celebration after the terrible time we’ve all had since China destroyed the world.

Why Taiwan Pride is the Best in the World

Apart from the person involved in the breakup I mentioned in the introduction to this piece, the gay men I’ve met in Taiwan are some of the kindest and most interesting people I’ve met anywhere in the world. There’s some drama, of course, but as a general rule the community is tight-knit and stands in solidarity; everyone is welcome by most everyone else.

Another thing I love about Taiwan Gay Pride is how Taipei’s own convenience makes participating in events so easy. Beyond the fact that the parade begins and ends steps from two subway stations (“Taipei City Hall” on the Blue Line and “Chiang Kai-Shek Memorial Hall” on the Green Line), you can get to most events within 15-20 minutes from everywhere in the city.

While pride itself can sometimes coincide with rain or clouds, any less-than-ideal days are usually among the last of a given year. If you decide to stay after Taipei Pride and sightsee (as you absolutely should), you’ll find glorious weather in much of the country. The North will be cool and clear; the South may be muggier, but won’t yet be experiencing its monsoon.

Diversity of the pride crowd

Taipei Pride is ostensibly a Taiwanese event, but it attracts people from all over the world. Before the pandemic, in fact, it was probably the most-visited Pride not in Europe or North America; I literally crossed paths with dozens of people I’d met elsewhere in the world, usually within prior notice. No matter what type of man or scene you like, you’ll find it represented at pride in Taipei.

Although the whole world is present at Taiwan Pride, you’ll notice a disproportionate number of people from throughout Asia. This is good not only if you love to meet guys from different Asian countries, but also because of what the event means to them; many come from countries where it is not easy (or maybe even legal) to be gay. Taipei Pride is a celebration of identity, yes, but also hope and freedom.

Although the official dates for Taiwan Pride 2022 have not been set, it will take place during the last week of October, as gay pride in Taipei always does. The same things that are true in 2021—the sense of community, opportunities for travel and the convenience of Taipei as a travel destination—will hold true in 2022, or whenever it is Covid stops terrorizing us and we can all live again.

I’d recommend bookmarking this Taiwan Gay Pride page, as I’ll be updating it once this year’s festivities have finished. In addition to adding dates for next year’s Taiwan Pride, I’ll also be posting updates about the Covid situation. This will both include when foreigners are given the all-clear to enter Taiwan as tourists, as well as any health screening measures that end up being required when that takes place. 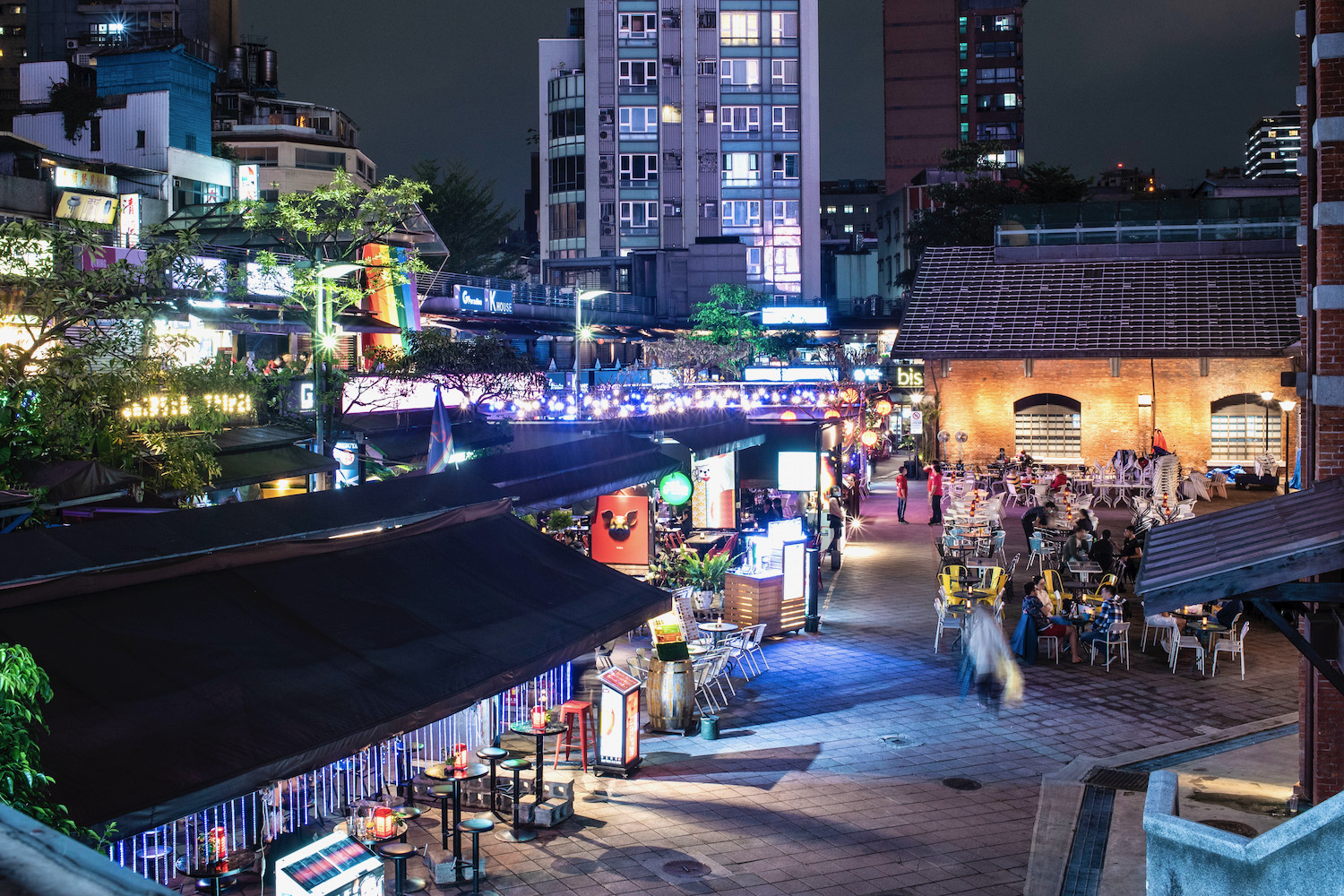 Other FAQ About Taipei Gay Pride

Is the Ximen Red House a gay bar?

Although many famous Taipei gay bars are located within the Ximen Red House, this historical building is famous for more than the great music and nice cocktails you find within it. In fact, its location near the popular Ximending shopping street has made it as famous among straight tourists as it is among gay ones!

Taiwan is an extremely gay friendly country. Even before gay marriage became legal in 2017, Taiwan was famous for its accepting attitude toward gay people, particularly in Taipei city. In fact, Taipei is one of the few majors in city where LGBT can fully and openly be themselves without fear of violence or judgment.

Can gay foreigners get married in Taiwan?

Foreigners can take advantage of Taiwan’s legal gay marriage—but there’s a catch: You need to come from a country where gay marriage is legal. A 2021 legal ruling that allowed a Taiwan-Macau couple to wed has raised hopes of more exceptions in the future.

Although you won’t be able to attend Taipei Gay Pride this year, I encourage you to keep it on your bucket list for the future. At no other LGBT event in my life have I felt more solidarity with fellow attendees—I’ve never felt more proud to be gay. Moreover, coming to Taiwan for Pride presents the perfect opportunity to discover all the best destinations in Taiwan, particularly if you travel afterwards—the weather during the month of November is absolutely perfect. Need help putting together your post-pandemic Pride adventure? Consider hiring me to plan your Taiwan trip.