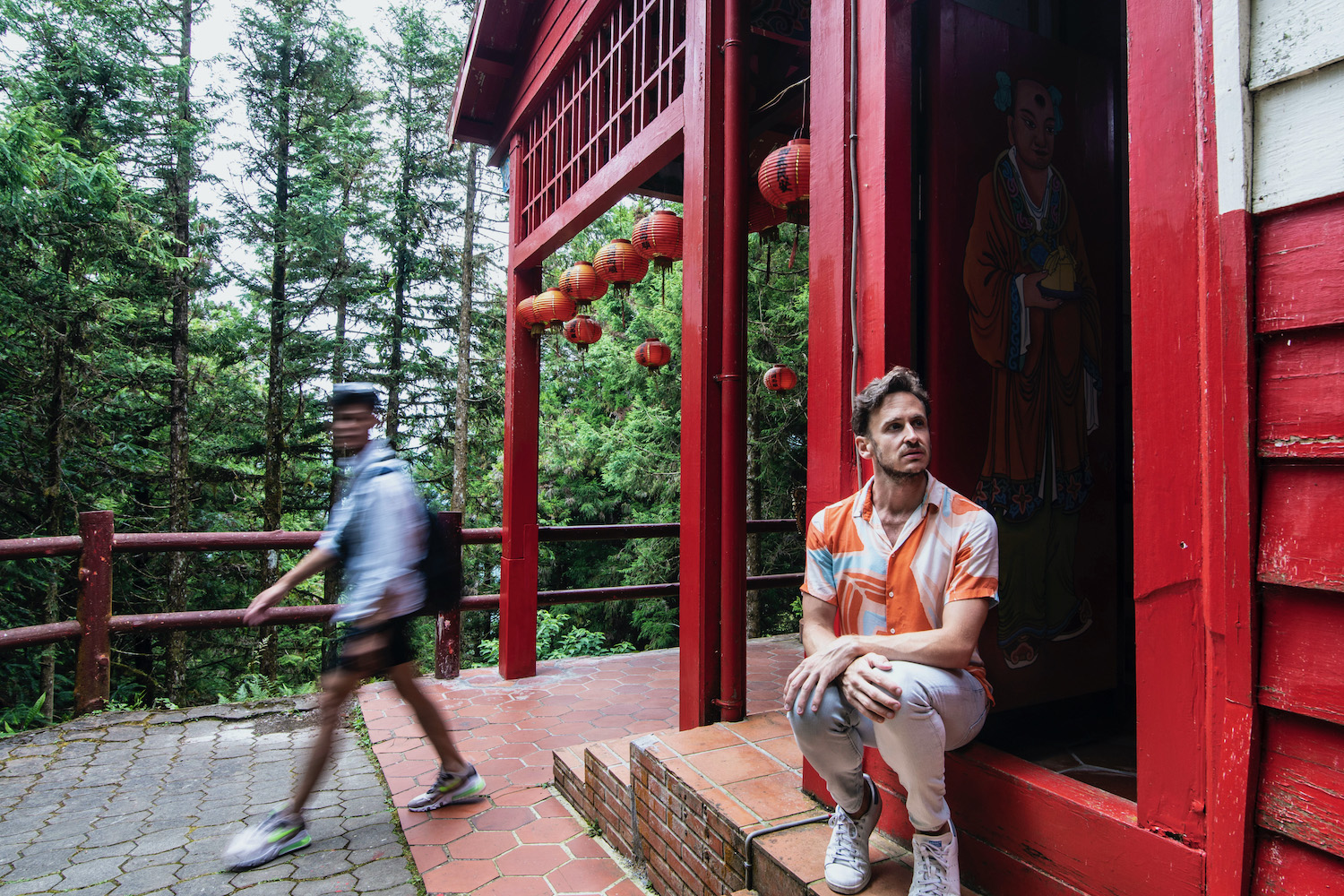 Is Yilan worth visiting? For a long time, my answer to this question was “meh”—my first moments (back) in Taipei’s top weekend destination last Tuesday did little to change that.

It was my fault, of course. I hadn’t been paying attention during the ride from Jiaoxi Station to Wufengci Waterfall and, having missed my stop, was forced to walk an hour down the switchback mountain road atop which the bus dropped me off.

As I descended, I noticed I was above the valley where I’d stayed the last time I was in Yilan, last December weeks before the world as we all knew it then ended. Peering down into it gave me a chill.

I awoke my second day in Yilan determined to make it better than the first. And it took determination: The journey from Luodong (in whose famous night market I’d eaten the night before) to Taipingshan lasted twice as long as I expected it would. 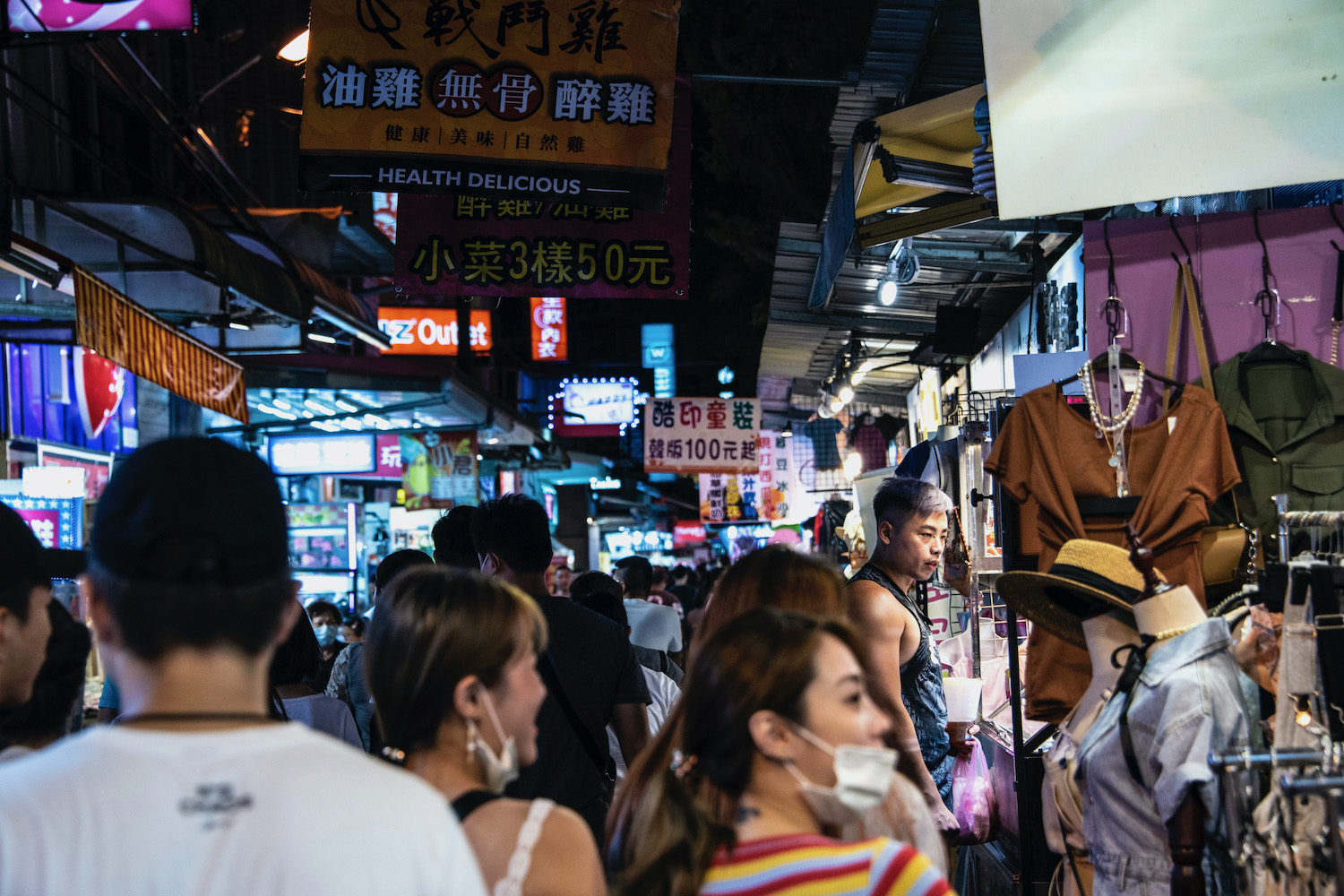 The village, to be sure, was also twice as crowded, though my environs became a lot lonelier the higher up into the Chinese Hemlock Forest I ascended. When I reached the end of the trail, which reminded me not-so-subtly of Japan’s Yakushima island, only a very old man eating a lunch box very loudly shared the view with me.

(Which is, of course, to say he dominated it with his smacking and the farting that came after. Moments like this are the antithesis of why Yilan is worth visiting.) 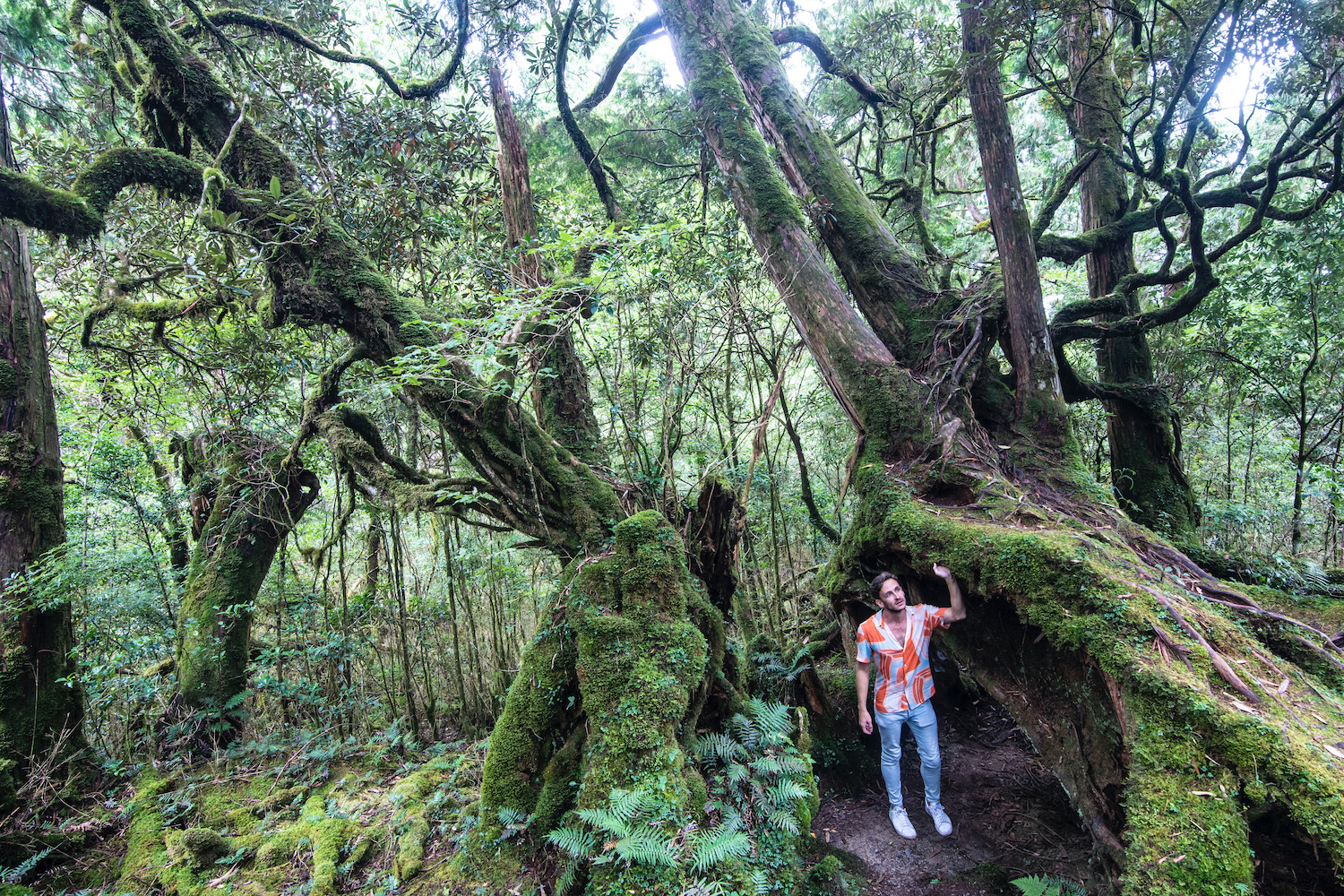 Or are they? I thought as I raced down the steps, wanting to have something to eat at the valley-view cafe before my bus back to Luodong departed. That Yilan is rough around the edges, the more I think about it, is a feature, not a bug.

A good example of this is the bathtub in my hotel room in Jiaoxi, a hot springs town that’s a hotter mess than any onsen I’ve visited in Japan. The particular robin’s egg blue they chose for the tile 20 or 30 years ago—whenever the place was built—did nothing to hide the horrifying streaks that stain it now. 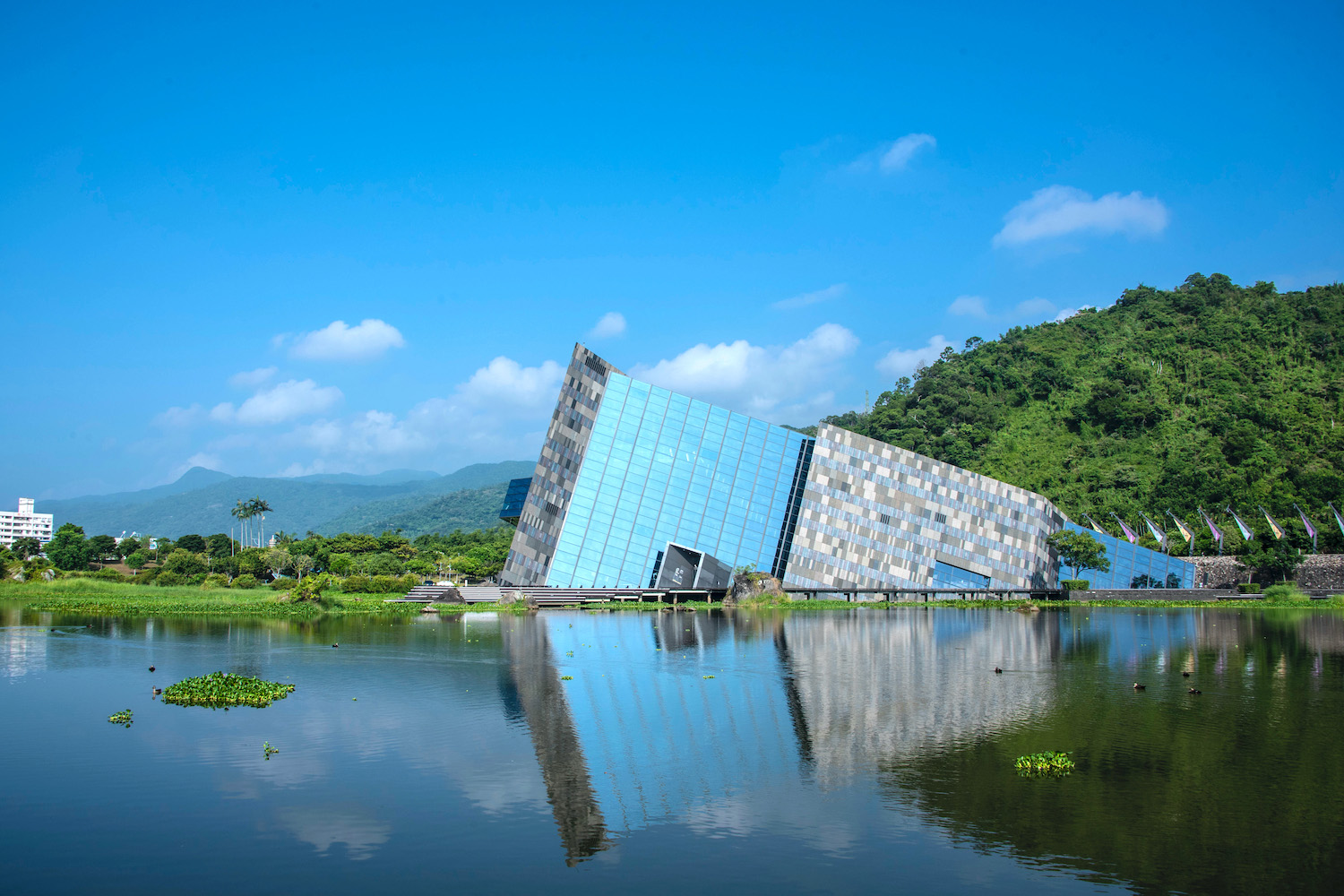 Still, I soaked off my Taipingshan hike before bed, and awoke around the crack of dawn to visit what should’ve been the first place I saw after traveling from Taipei to Yilan: Wufengci. Only this time, I saved myself the possibility of another bus mishap and walked all the way from my hotel.

If I’m honest, the waterfall was underwhelming, as most in Taiwan are by global standards, even compared to many elsewhere in Asia. The Catholic Church a short walk from it was a nice novelty, but nothing to write home about.

It would be several hours (and another novelty, the Lanyang Museum, this one literally made for Instagram) before I received the payoff for my early start and fulfillment, in arrears, of this particular bucket list item. But my, what a payoff it was.

The Gates of Hell

Is Yilan worth visiting? Yes, but less because of any of the places I’ve mentioned so far, lovely as they are, and more because of Nanfangao, the port area of Su’ao, which is the terminus of the local railway line. 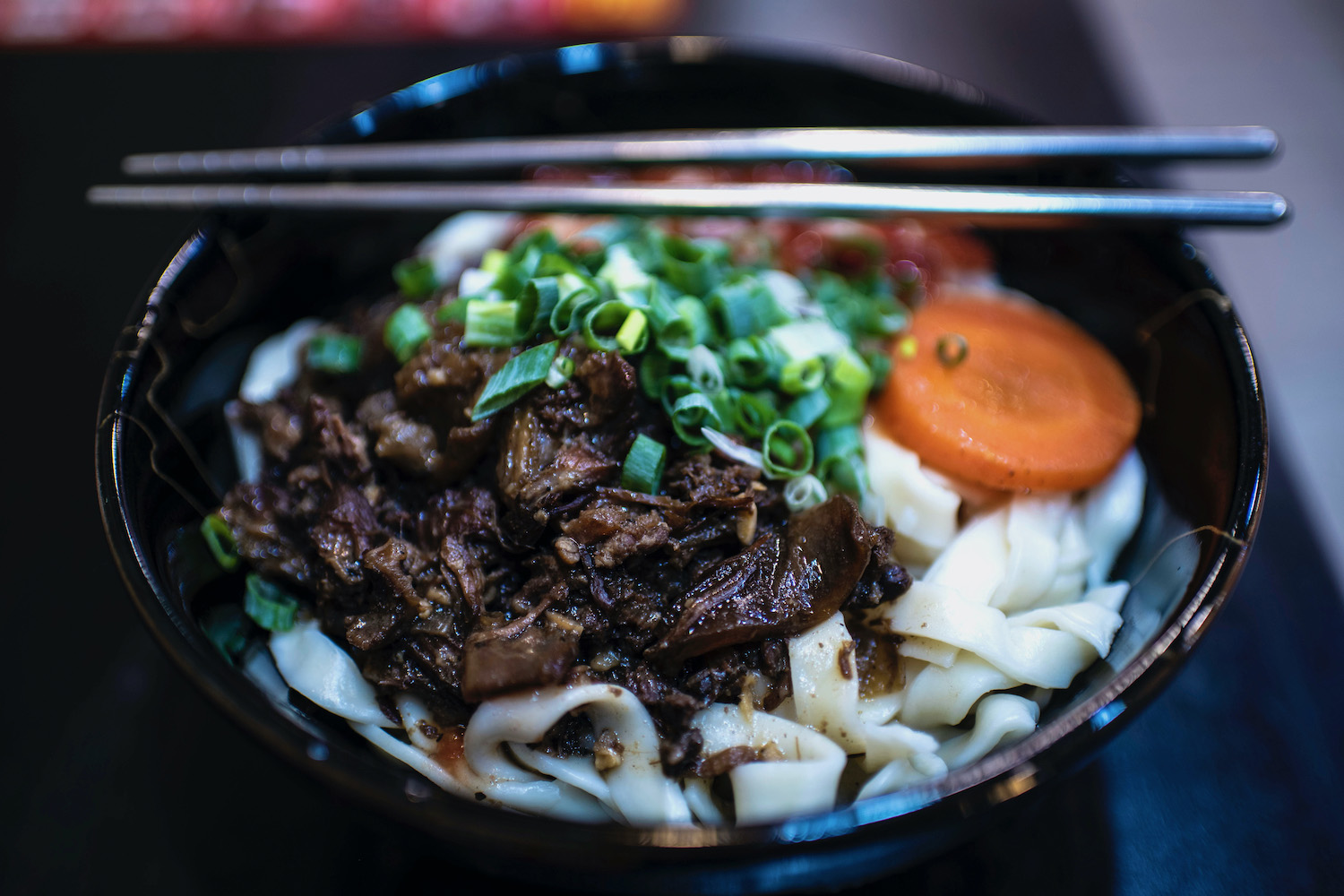 And I’m not talking about the view of the so-called “Tofu Rocks” from Nanfangao Lookout, though it is spectacular, and very much worth my race up the steps, in flip flops, to reach. Nor am I simply talking about the busy harbor seen from Nantian Temple, a three-story treasure dedicated to the Sea Goddess who protects the fishermen just beyond its decorative dragons.

No, there was a sense of possibility—one that is now wholly unfamiliar—that surged through me during my 50-minute walk from the train station to the harbor. I guess it could’ve been heat exhaustion, or the deception of a ghost released when the gates of hell opened earlier in the week, but it felt real—and it felt profound.

If I’m honest, it took me back to the hope I felt even before I traveled from Taipei to Yilan the last time, a trip I took to placate my delightful (but dead on arrival) rebound relationship last autumn. Yilan, it turned out, was where our affection for one another went to die.

My last stop in Yilan was so-called Turtle Island, a place whose existence I only learned about a couple weeks ago. It’s the sort of place that only Taiwanese know, that you only learn about it you stay long enough here to become a little Taiwanese.

I’m on the lower end of that spectrum: I broke away from my tour group (the only way to visit the island, a way of travel the only truly Taiwanese adore) and raced 1,706 steps up to the precipice, arriving pink-faced (and 30 minutes before the next person) just as the morning clouds began clearing. I made my way back down an hour later, after a pleasant chat with a charming young man who pointed out to me precisely how the island looks like its namesake animal—I hadn’t seen it on my own.

On the way down, every person I passed clapped and congratulated, apparently having noticed I’d been the first to summit, as if I had slayed a dragon or something. Strange, I thought, but I’ll take it: Triumph is hard to come by these days.