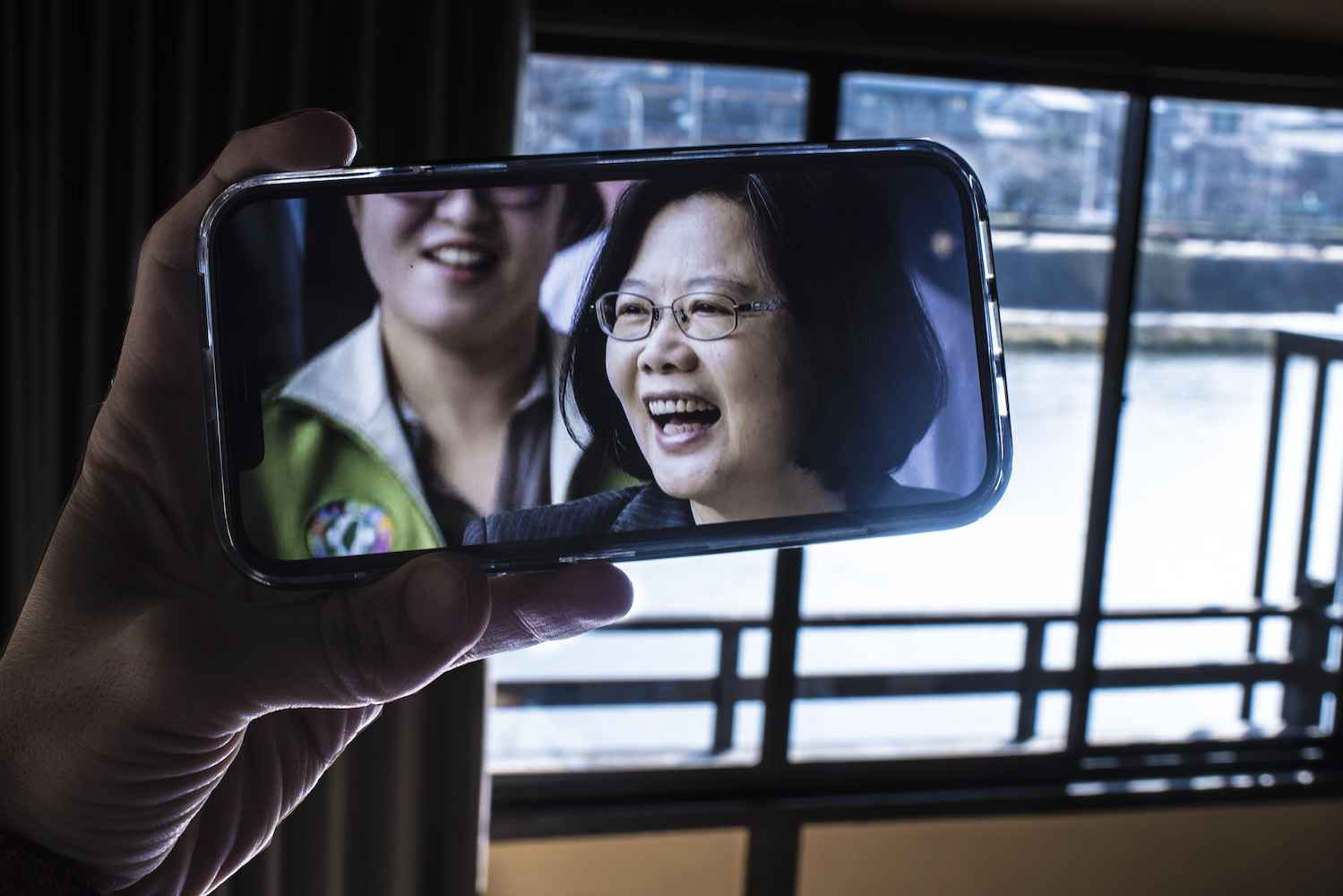 Who is the president of China? On the surface, this might seem a simple question to answer—a simple search of Google can do that for you.

On the other hand, it’s quite a contentious matter indeed. You need to address a more fundamental quandary—namely “what is China?”, and which nation is the legitimate homeland of the Chinese people—in order to say, with accuracy and certainty, who the ruler of the Chinese people is.

For clarity of this and other matters of interest, I do hope you’ll continue reading. Some of you will be angered, to be sure, but others will feel validated and reassured.

Need help planning your trip to Taiwan? Commission a custom Taiwan itinerary!
Contents
1  Republic of China vs. People’s Republic of China
2  Who is the Leader of the Chinese People?
2.1  Tsai Ing-Wen, President of Taiwan
2.2  Xi Jinping, General Secretary of the Chinese Communist Party
2.3  Lee Hsien Loong, Prime Minister of Singapore
2.4  Joshua Wong, Hong Kong protest leader
3  Will China Invade Taiwan in 2021?
4  Other FAQ About Cross-Strait Relations
4.1  Does China have a ruler?
4.2  Is Taiwan a country in China?
4.3  How did Taiwan separate from China?
5  The Bottom Line

In order to answer the question “who is the president of China?” you need, first, to define what “China” is. To most people reading this post in 2021, the answer is a large country with Beijing as its capital. Officially, this country is known as the People’s Republic of China. Controlled by an unelected cabal of thus put in place by the all-powerful Communist Party, this authoritarian nation is one of the planet’s greatest human rights abusers, a burden whose brunt its own people bear most severely.

The Republic of China, meanwhile, is an entirely different world. More commonly known simple as “Taiwan,” the ROC is a free and democratic country, with a popularly elected president and legislature, who transparently write and enforce laws that are fair and just. Taiwanese people enjoy freedom of speech and expression, which undergird the vibrant culture that complements the vibrant, capitalistic economy that gives their island nation of the world’s highest qualities of life.

Who is the Leader of the Chinese People?

Tsai Ing-Wen, who was elected president of Taiwan in 2016, and re-elected by a landslide in 2020, is arguably the leader of the Chinese people. This is because she is the only ruler of a Chinese nation actually chosen by her people in a free, fair election.

Many people believe that Xi Jinping is the president of China. In fact, he is the general secretary of the Chinese Communist Party. This is a fancy way of saying that a group of thugs has chosen him as a ceremonial figurehead to bolster their legitimacy on the world stage.

Although he doesn’t represent the Chinese people writ large, Singaporean PM Lee Hsien Loong is seen as a leader of the Chinese populations living not only in Singapore, but in Southeast Asia nations such as Malaysia and Indonesia. Notably, Lee is reticent to criticize China publicly, although it’s unclear where his loyalties privately lie.

Joshua Wong, the infamous leader of protests for the maintenance of democracy in Hong Kong, is definitely not the president of China. However, his fearlessness and the strength of the movement he leads inspire Chinese people around the world, including many on the Chinese mainland who are unable to say this out loud.

As the PRC approaches the centenary of its founding, many outside observers believe the People’s Liberation Army, or PLA, is planning an invasion of Taiwan. China, after all, considers Taiwan one of its provinces, and characterizes even the mention of independence of seditious, treasonous provocation. A military campaign would be an effective way to bring Taiwan back into the fold, even if it results in severe losses of life and economic productivity.

On the other hand, it is unlikely that Tsai-Ing Wen, the president of China (the Republic of, this is) and commander of its armed forces would take an invasion lying down. The real question is what Taiwan’s allies would do. While it’s unclear whether the US would defend Taiwan, given the pro-Beijing past of new American president Joe Biden, it is likely that countries like Australia, India, The Philippines and Vietnam would take the side of Taipei, were Beijing to attempt an illegal invasion.

Other FAQ About Cross-Strait Relations

Does China have a ruler?

The People’s Republic of China has a ruler, although he or she is illegitimate, since he or she is elected not by the people, but by the un-elected Communist Party politburo. The President of Taiwan, meanwhile, leads the people of the Republic of China based on a popular mandate, as is the case with the rulers of most other modern, free and democratic nations.

Is Taiwan a country in China?

Taiwan is not a province or county of China. Rather, Taiwan (aka the Republic of China) is a free and sovereign nation, in spite of its historical and cultural ties to the People’s Republic of China. Taiwan is arguably the legitimate homeland of the Chinese people, although this fact does not have widespread global recognition.

How did Taiwan separate from China?

The Republic of China government, under the commander of General Chiang Kai-Shek, fled mainland China in 1949, when the Red Army of the PRC overwhelmed his forces along the Yangtze River. Since that time, Taiwan has operated as a de-facto independent nation, even after US president Jimmy Carter made the foolish position to switch recognition to the PRC in 1979.

Who is the president of China? In my opinion, this title belongs to incumbent Taiwanese president Tsai Ing-Wen, the democratically elected leader of the free Republic of China. However, the average person on the streets would probably tell you that Xi Jinping is the president of China. Regardless of how you feel about this issue, I do hope you plan a trip to Taiwan in the future, particularly if you’ve already spent time in the Communist PRC. I think you’ll be surprised at what a difference ideas like freedom and democracy have made to the flourishing of Chinese culture, which exists only superficially across the Taiwan Strait in Communist China.